I will be hopefully purchasing a new 2019 Duke 790 before the end of the month (if all goes well), and am curious as what to expect from the dealer/ salesman, etc.

I have not purchased a "new" motorcycle in a long time and have never purchased a KTM before. I know i will have to pay-

I also see that there is currently $790 in "Factory Cash" that can be used towards the purchase of the bike.

What fees have you guys seen, what is reasonable, and what fees are ones that you have negotiated away?

I am not looking to finance and want to negotiate the best deal possible. I am fine with the dealer making a buck but I will not be taken. I am fine with walking out and going some place else (even out of state). I want to build a relationship with them as they are very close to my home, but they have to earn my business not the other way around.
► Show Full Signature
CURRENT BIKES-2019 KTM 790 Duke, 2017 Kawasaki Z125 Pro, 1988 Yamaha YSR 50

I just now realized that there's two lines that include "registration"... hmmm. Should have looked at this closer at the time. I also could have negotiated away the
document/admin fees.

I wasn't charged for freight/setup, although about a month later they were listing the bike for $500 less than what I paid (before fees) so I have a suspicion they made their setup charge in the end anyway.

Joined 5 mo ago
·
111 Posts
Southern Florida we get ripped off. Best deal I could work on a '19 left over in January:

AZMotorgod said:
I have not purchased a "new" motorcycle in a long time and have never purchased a KTM before. I know i will have to pay-

I also see that there is currently $790 in "Factory Cash" that can be used towards the purchase of the bike.
Click to expand...

I think what you have for freight sounds about right from what I remember - my understanding is that dealers do indeed need to pay for freight - and the rest should be basically negotiable. Personally, I always tell the dealer that I will deal with the DMV myself to avoid the kind of fees like Colombo mentions above. The dealer just signs over the MSO - the Manufacturer's Statement of Origin - as your proof of ownership to take to the DMV. (Though, I've also heard that some states don't allow this - YMMV.)


They'll also, no doubt, add in a "prep" fee of some kind to uncrate the bike and bolt anything together that needs to be; levers, mirrors, etc. It's debatable how much "prep" really costs the dealer anything, particularly if their service department isn't fully booked, but it's just another part of the game. Like you, I don't want to nickle and dime my dealer to death. I expect them to make a profit and I want them to keep afloat - the motorcycle business is a very hard one to be in these days.. I just don't want to be totally gouged.


When I was shopping for the 790 last year, a salesman quoted me something like $750-$800 for "prep". So, about 7hrs worth of labor at their full shop rate to uncrate the bike and bolt some bits together. I just said "no thanks" and left. Not because I didn't think I could stay and negotiate it down, but because I thought, "this guy's kind of an a$$hole, and I'd rather give the business to someone else". It should only take an hour or two at the very most to prep a 790. I think I agreed to pay something like $180 in prep when I did my deal, and they had discounted the cost of the bike some, as well.


I'm sure you may already know this, but the bike purchase is a good time to get some deals on any accessories, too. I already new that I wanted several Powerparts - seat cowl, gel seat (which is well worth the money and a good value in my opinion) and a slip-on exhaust - so, I was able to get them all at a really good discount as part of my deal.


One thing I can tell you, is that you're unlikely to regret your purchase. The 790 Duke is one of the most entertaining bikes I've ever owned, and I've owned quite a few. Good luck!

Occasionally, a dlr will be crafty, and print it on the purchase order, and the salesperson will say, "it's printed on the PO, I can't remove it".

You tell them no worries, leave it, but back it out of the price before adding the fees.. :surprise:
► Show Full Signature
Forum Admin.

zimm said:
Southern Florida we get ripped off. Best deal I could work on a '19 left over in January:

yeah, it's really asinine, and i wish it wasn't like that here. as noted above, a lot of it is just BS designed to pad the dealer's bottom line. i mean, nothing else you buy has such a ridiculous breakdown. the pizzeria doesn't charge me "freight" to get the tomatoes to their shop, and "prep" to roll the dough.


and, in the end, i think the system often leaves all involved a little bitter. customers have a nagging suspicion that they've somehow been taken, while dealers will often get treated like they're "crooks" for trying to cover their costs and - heaven forbid! - make a profit.


not that a lot of them aren't crooks..
B

zimm said:
Southern Florida we get ripped off. Best deal I could work on a '19 left over in January:

Don't feel bad you did okay.

I got one price where they would not budge from $10,800 OTD, even after much purposeful back and forth. Another dealer is at $10,400 OTD without even trying.

Where do you live and if your 790 is the black one, you and I may be talking.
Click to expand... 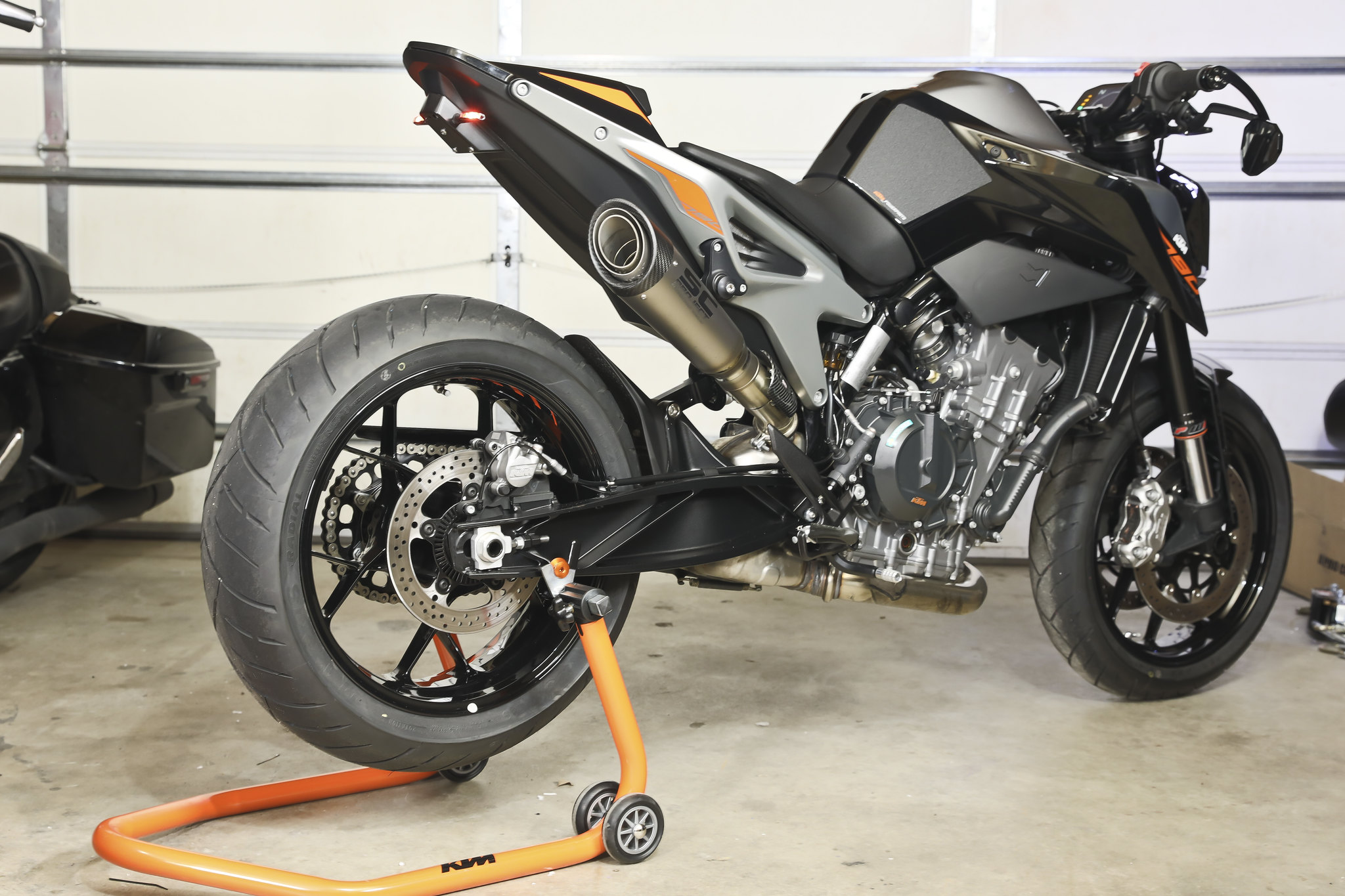 in European Union (sorry, UK) we got all of this included...
i.e. no additional fees whatsoever.
Click to expand...

All true, but.. You generally pay more for motos & cars because of VAT. lain:
► Show Full Signature
Forum Admin.

Not ALL the EU. Free maintenance - no way. Warranty is something else.

My gut says that whilst we may pay marginally more - in EU we seem to have better consumer protection and or support. That may also come down to the dealer qualification processes and for EU marques - the proximity to the mfr with no intermediate regional profit/loss group.

Back in the Old days in the UK - I re PDI every bike I bought new. Often right outside their front door. Generally found something wrong. I gained a bit of a reputation!. Oddly after a few years my bikes were always perfect.

My local KTM dealer is startlingly good. I genuinely wish I'd bought my bike from them, because I feel they deserve the business - but 20% less for a used one with 1500kms was a no brainer.

And prices are still dropping. So much so I may need to buy another (for spares dear, honest!) :grin:
► Show Full Signature
Small steps - Day by Day.
1 - 17 of 17 Posts
Join the discussion
Continue with Facebook
Continue with Google
or sign up with email
Recommended Reading
Read More
Read More
About this Discussion
16 Replies
9 Participants
Last post:
barbagris 2 mo ago
KTM 790 Duke Forum
A forum community dedicated to KTM 790 Duke motorcycle owners and enthusiasts. Come join the discussion about performance, specs, racing, classifieds, troubleshooting, maintenance, and more!
Full Forum Listing
Explore Our Forums
KTM 790 Duke General Discussion 790 Duke Aftermarket Parts And Accessories New Members Introduction What Did You Do To Your KTM 790 Duke Today? KTM 790 Duke Issues And Problems
Popular Communities